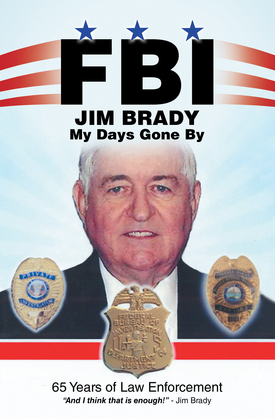 Fbi My Days Gone By

65 Years of Law Enforcement
by Jim Brady (Author)
Buy for $3.99 Excerpt
Nonfiction Biography & autobiography Personal memoirs Religion Christianity
warning_amber
One or more licenses for this book have been acquired by your organisation details

Jim Brady worked with the FBI for thirty-three years—and he’s the oldest living retired employee of the Memphis division of the bureau.

He began working for the bureau in March 1954, going to fingerprint school in the Washington, D.C. office. There, he learned how to compare and contrast fingerprints and went on to teach at the very same fingerprint school. He served in numerous other roles over the next few decades.

Whether it was a federal case, serving on a task force, or working as a private investigator with local, state, and federal officers, he brought his best to the table every day

In this book, he examines some of the FBI’s most interesting cases, including the investigation into Martin Luther King Jr.’s assassination. Another interesting case was Billy Dean Anderson, who had been on the FBI top ten list for five years and was found living in a two-room cave in middle Tennessee.

He also looks back at the civil era of James Meredith, the first black student to enter Ole Miss and the subsequent rioting that killed two individuals and wounded forty.

The book also documents how law enforcement has changed over time, including the increasing importance of computers.