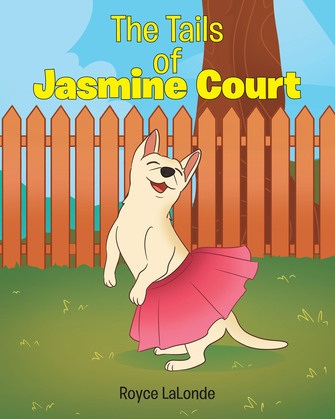 The Tails of Jasmine Court

by Royce LaLonde (Author)
Buy for $9.99 Excerpt
Fiction Juvenile & young adult Religious Christian Family
warning_amber
One or more licenses for this book have been acquired by your organisation details

The Tail of Jasmine Court by Royce LaLonde

On Jasmine Court lives a sweet ,little cat named Autumn who very recently lost her best friend, her sister Snowflake. As months dragged into a year, Autumn’s sadness turned into an angry bitterness. To Autumn, the whole world had gone crazy, nothing made sense to her anymore. To make matters worse, Mama, brought home a DOG!!! Did Mama think a stupid, stinking, DOG could take the place of Snowflake? Even worse it was a puppy, a dumb puppy! Now , Mama spent all her time oohing and ahhing over Chloe Puppy Dog instead of consoling Autumn with hugs and kisses. After several months of enduring the audacity of sharing Mama with the new “adorable puppy.” ( Mama’s words -not Autumn’s for Autumn’s words would certainly be inappropriate!) Autumn discovers that an embarrassing rumor about her is being spread around the court. She knows it can’t be Tooter ,the wise old gray cat, who leads the court. It can’t be the two dogs across the street because they are dogs and dogs are too stupid to think of something more complicated than finding their bowls not to mention that they are just flat out lazy! Since it couldn’t be Tooter or the dumb dogs then it could only be Chloe Puppy Dog! She was always yapping and yapping about nonsense. Filled with burning revenge, Autumn plots a vivacious plan to get even with the dumb dog for taking all Mama’s attention and spreading nasty rumors. When her plan tragically backfires, Autumn learns to leave revenge to the Lord.