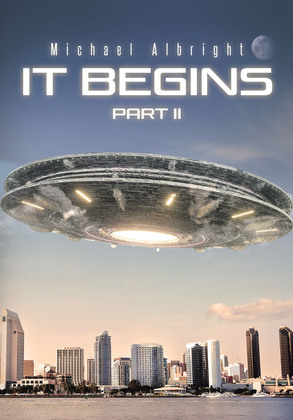 by Michael Albright (Author)
Buy for $9.99 Excerpt
Fiction Science fiction High tech
warning_amber
One or more licenses for this book have been acquired by your organisation details

The alien threat is real. They fly across our skies, under our oceans, and have disrupted our lives and our safety. At first, man looked upon the aliens with curiosity and a hope that they would be benevolent and improve life on Earth. While this optimistic view was embraced by many, just the opposite was the new reality. After capturing two passenger aircraft out of the sky, their real purpose was revealed. The horrific acts of desecration wrought on the passengers was their calling card. No longer aliens would be a curiosity, but their presence would be a threat to all mankind.

In order to counter the alien presence and threat over the years, a top secret organization known as Space Command was born within the United States Navy. Upon its inception, Space Command armed itself with advanced weaponry and was staffed with the best of the best. Its new commander, Rear Admiral Michael Scott, had experience with the alien threat and was committed, as were the men and women of Space Command, to beat back and defeat the aliens no matter the cost.

The aliens became more brazen in their attacks on mankind. From destroying a hotel in France, where an international conference on the alien threat was held, to intercepting and shooting down aircraft. It did not end there though. An alien attack was launched against a British and American combat fleet and then an attack on Space Command itself.

Admiral Scott knew that a battle was coming. Space Command had to be an offensive force rather than being in a reactive position. The women and men of Space Command inwardly knew that an epic battle was shortly to be fought. It would be a battle fought not only on Earth but also in the cold emptiness of space.