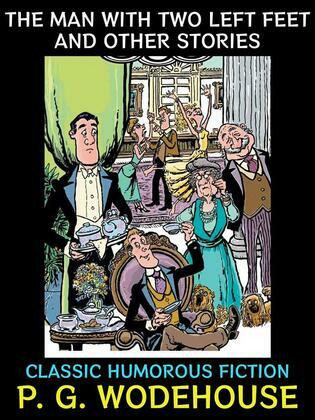 The Man With Two Left Feet And Other Stories

The Man With Two Left Feet, and Other Stories is a collection of short stories by P. G. Wodehouse, first published in the United Kingdom on March 8, 1917. All the stories had previously appeared in periodicals, usually the Strand in the UK and the Red Book magazine or the Saturday Evening Post in the US. It is a fairly miscellaneous collection — most of the stories concern relationships, sports and household pets, and do not feature any of Wodehouse's regular characters; one, however, "Extricating Young Gussie", is notable for the first appearance in print of two of Wodehouse's best-known characters, Jeeves and his master Bertie Wooster (although Bertie's surname isn't given and Jeeves's role is very small), and Bertie's fearsome Aunt Agatha.