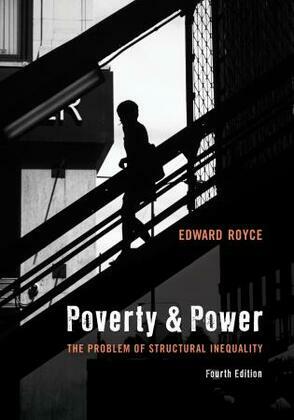 Poverty is a serious problem in the United States, more so than commonly imagined, and more so than in other industrialized nations. Most Americans adhere to an individualistic perspective: they believe poverty is largely the result of people being deficient in intelligence, determination, education, and other personal traits. Poverty and Power, Fourth Edition challenges this viewpoint, arguing that poverty arises from the workings of four key structural systems—the economic, the political, the cultural, and the social—and ten obstacles to economic justice, including unaffordable housing, inaccessible health care, and racial and gender discrimination. The author argues that a renewed war on poverty can be successful, but only through a popular movement to bring about significant change in the workings of American economic, political, and cultural institutions.

New to this Edition