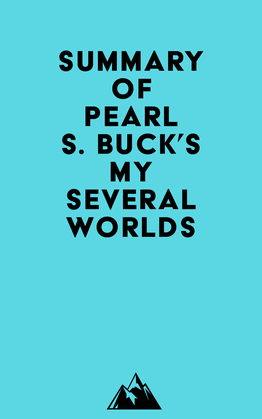 #1 My life has been split between two continents and two different eras. I am a creature instinctively domestic, but the age in which I was born combined with my writing talents to compel me to live deeply in home and family, as well as in the lives of many different peoples.

#2 I was born in the US, but my parents decided to send me to China at the age of three months to live with my grandparents. I grew up in Asia, and my own country became the dreamworld, fantastically beautiful, inhabited by a people I believed were entirely good.

#3 I grew up with the idea that America was the land of dreams, and I was shocked when I went to China and realized that the world around me was Asian. I learned about India early on, and shared the stories of its people with my friends.

#4 In the secret thoughts of the Chinese, the westerners were considered foreign enemies. The Americans were good, but the Europeans were bad. The Chinese and Asian allies were constantly fighting the imperial powers of the West.