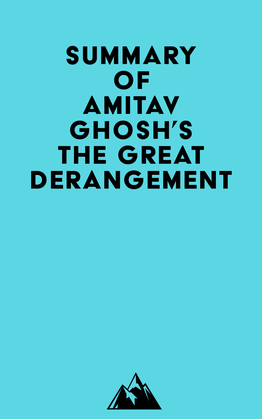 by   Everest Media (Author)
Buy for $3.99 Excerpt
Nonfiction Nature, recreation and sports Nature Ecology Environmental conservation & protection
warning_amber
One or more licenses for this book have been acquired by your organisation details

#1 The scene in which Han Solo lands the Millennium Falcon on what he takes to be an asteroid is impossible. The humans of the future will surely understand that only for a brief period of time, less than three centuries, did a significant number of their kind believe that planets and asteroids are inert.

#2 To recognize is not the same as an initial introduction. It does not require an exchange of words, and recognition occurs when a prior awareness flashes before us, changing our understanding of what we see.

#3 The landscape of the Bengal Delta is so dynamic that it leads to countless instances of recognition. I was able to capture some of these in my notes from 2002, when I wrote that the land was alive and did not exist solely as a stage for the enactment of human history.

#4 The challenges that climate change poses for the contemporary writer, however, are also products of something broader and older. They derive from the grid of literary forms and conventions that developed in the narrative imagination during the period when the accumulation of carbon in the atmosphere was rewriting the destiny of the earth.