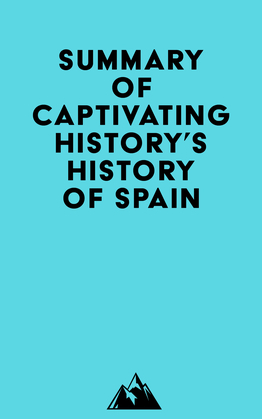 by   Everest Media (Author)
Buy for $3.99 Excerpt
Nonfiction History History by country Europe Spain
warning_amber
One or more licenses for this book have been acquired by your organisation details

#1 The Stone Age lasted from 2. 5 million years ago to 10,000 BCE. During this period, mankind crafted stone tools for hunting, agriculture, cooking, and the like. The Paleolithic Era began around 10,000 BCE, and it was during this time that mankind first used tools made of bone, ivory, and flint.

#2 The cave paintings in the El Pendo Cave in Cantabria, Spain, were done during the Solutrean and the Magdalenian periods. The more common subjects were an extinct species of bison, horses, and deer. The paintings were done with charcoal and hematite, an iron ore.

#3 The Bronze Age came later to Spain than to other countries due to the paucity of the copper needed to create bronze. In the El Argar site in southeastern Spain, bronze artifacts have been dated to around 1750 BCE.

#4 The Iberians were the people who lived in the eastern and southern coasts of the Iberian Peninsula. They were known for their metallurgy, which was used to make weapons. They also developed colonies along the lower Ebro River and in Empúries.