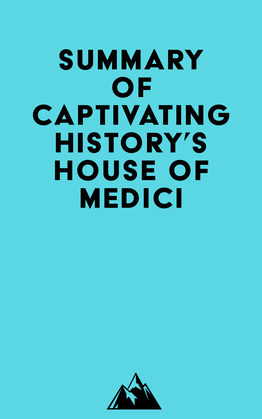 by   Everest Media (Author)
Buy for $3.99 Excerpt
Nonfiction History History by country Europe Italy
warning_amber
One or more licenses for this book have been acquired by your organisation details

#1 The Medici family of Florence, Italy, had humble farming roots, but through hard work and incredible business and political acumen, they rose to heights of power and gained riches and influence that was rare to find at the time.

#3 By the 2nd century of the new millennium, Italy was in the process of breaking up into a conglomeration of duchies, aristocratic republics, minor kingdoms, and the Papal States. The Holy Roman emperors, in particular, Frederick I of the House of Hohenstaufen, attempted to retain control of the northern part of the Italian Peninsula.

#4 Florence was a city surrounded by other territories and cities. Its location would make it difficult for it to continue independently, but in an age when transportation was limited to walking, horseback riding, or traveling in a wagon, Florence’s location served to protect it from many troubles.