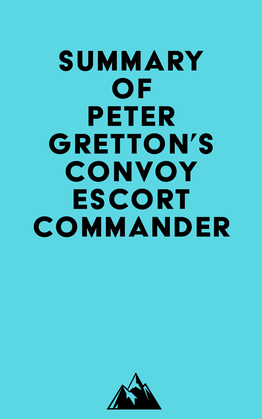 #1 I was appointed First Lieutenant of the Vega, a World War I destroyer, which was being converted to anti-aircraft and antisubmarine escort duties. The start was in the best traditions. The commissioning ceremony went well, but the rain began to fall as soon as the official inspection of the ship was finished.

#2 The ship’s company and the dockyard workers, who were aboard for the trials, were extremely busy. We had to prepare for sea in the short time available, and work was never finished before ten or eleven at night.

#3 The first R. N. V. R. unit was raised as a complete team. The scheme was admirable, but it had little time to develop before the war came. We were constantly going to action stations before investigating ships sighted in the darkness.

#4 The ship had a number of adventures while on the east-coast route. The merchant ships were not used to keeping station, and they would often slip away from convoys. The four-day passage to our base was more tiring than we expected.