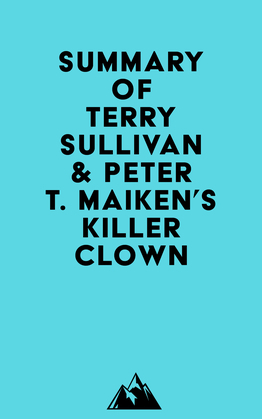 #1 Kim Byers, a teenager working at Nisson Pharmacy in Des Plaines, Illinois, had used a brief lull in customer traffic to process an order. She had planned to give the prints to her sister for Christmas.

#2 When Phil Torf’s brother, Larry, remodeled the drugstore two years before, he had employed P. E. Systems, a firm specializing in pharmacy design and construction. The work had been done by a gregarious supervisor named John Gacy.

#3 At 8:45, Rob went out to the alley to take out the garbage. A freshman girl from his high school saw him and threw a snowball at him, then giggled with her girlfriend as he came inside. At 9:20, Elizabeth Piest asked Kim if she had seen Rob come back.

#4 The family was concerned about Rob, and they went to the police station to report him missing. They feared the worst. They knew that if Rob were physically able to get home, he would be home.