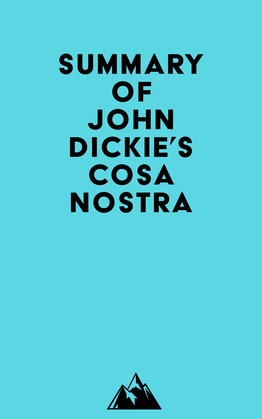 #1 The Italian kingdom, which encompassed most of southern Italy, annexed Sicily in 1860. The island had a long-standing reputation as a revolutionary powder keg. The incorporation of 2. 4 million Sicilians into the new nation brought about an epidemic of conspiracy, robbery, murder, and score-settling.

#2 The Italian government tried to pacify Sicily by using the military, but the situation failed to improve. In 1866, there was another revolt in Palermo, similar to the one that had overthrown the Bourbons. It was quelled, but it took ten more years for Sicily to become part of Italy.

#4 The mafia was not born in the 1800s, but in the 1860s. It was developed in an area that is still its heartland, in the dark green coastal strip near Palermo.