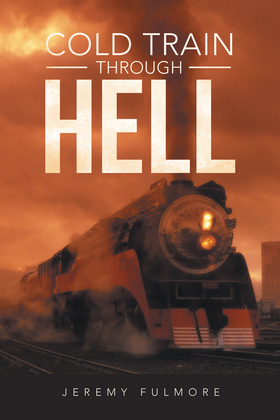 by Jeremy Fulmore (Author)
Buy for $3.99 Excerpt
Fiction Action & adventure Mystery & detective Suspense Thrillers
warning_amber
One or more licenses for this book have been acquired by your organisation details

Prodigious software developer Jake Coltrane lives with an inoperable malignant brain tumor. He’s spent the last several years building a sophisticated spy program to search for the man who’s rumored to have an unconventional cure for the cancer in his head: enigmatic billionaire Jericho Black, a man so powerful and inaccessible that only a risky theft of epic proportions will grab Jericho’s attention. Jake’s successful heist of $400 million does get Jericho’s attention—and the attention of someone else: the Russian mob. Specifically, Alexei Voznesensky, an upper-level hitman known for his dark disposition and cruel tendencies.

Unaware of the real danger Jake has put himself in, he checks into a posh hotel to celebrate pulling off the heist of the century with some fine dining and a bottle of Pappy Van Winkle’s 20. There he finds the not-to-happy Alexei and the formidable Jericho waiting for him. Alexei wants the mob’s money back, but Jericho’s curious why Jake would take such a drastic chance for a mere rumor of a miracle cure. He also wants to know more about the spy program Jake has developed. Bargaining for his life, Jake offers a deal to Jericho: the mysterious cure for Jake’s software.

Jericho agrees and cures Jake, but the cure comes with a twist and a cost. Jake now has the ability to come back to life. The problem is, he keeps dying, and when he does, he finds himself in the bowels of hell, on the run from demons set on torturing him for eternity. And every time Jericho’s “cure” brings him back to life, he finds the Russian mob hot on his heels and an angry Alexei ready to destroy Jake and everyone Jake loves. If he wants to survive, Jake must escape the eighteen levels of hell, pacify the mob, figure out just who and what the shadowy figure Jericho Black is, and why the cure that keeps bringing Jake back to life is inundating him with visions of a tiny man with a nasty sense of humor.