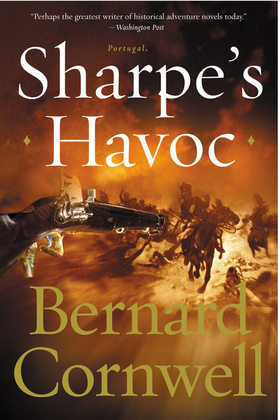 Lieutenant Richard Sharpe finds himself fighting the ruthless armies of Napoleon Bonaparte as they try to bring the whole of the Iberian Peninsula under their control. Napoleon is advancing fast through northern Portugal, and no one knows whether the small contingent of British troops stationed in Lisbon will stay to fight or sail back to England. Sharpe, however, does not have a choice: He and his squad of riflemen are on the lookout for the missing daughter of an English wine shipper when the French onslaught begins and the city of Oporto becomes a setting for carnage and disaster.

Stranded behind enemy lines, Sharpe returns to his mission to find Kate Savage. Sharpe's position on enemy grounds is precarious, and his search is further complicated by a mysterious and threatening Englishman, Colonel Christopher, who has his own ideas on how the French can be driven from Portugal.