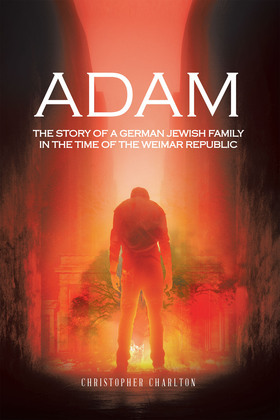 The Story of a German Jewish Family in the Time of the Weimar Republic
by Christopher Charlton (Author)
Buy for $4.99 Excerpt
Fiction Historical
warning_amber
One or more licenses for this book have been acquired by your organisation details

Fritz Adam, a German Jewish entrepreneur, owner of one of the most prestigious department stores in central Berlin, finds himself at odds with the political developments at the time of the Weimar republic.
Fritz is an enthusiastic supporter of the Olympic ideal and sees the promotion of sports as the way forward to increase cooperation between nations in the form of healthy competition so as to prevent future military confrontations. Also an adventurer at heart, and sponsor of many of the first exploratory voyages around the globe, he sees his beliefs and ideals threatened and finally shattered as the Nazis return to values of order, discipline, and military expansionism.
As a Prussian officer who fought in the great war, he regards himself as a German, a Berliner and a Jew, in that order. Despite being forced into bankruptcy and witnessing the increasing repression of the Jewish people, he holds on to his belief that it is only a temporary phase and that the army will restore order in time.
As the political situation deteriorates, the tension between Fritz and his eldest son, an ardent pacifist, increases and threatens the family unity. Fritz has to decide whether to stay or leave the Germany that he loves.