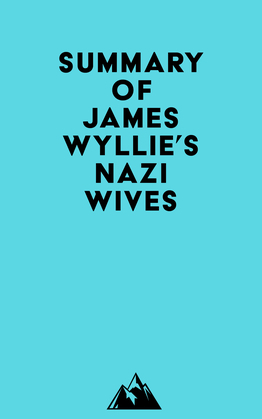 by   Everest Media (Author)
Buy for $3.99 Excerpt
Nonfiction History History by country Europe Germany
warning_amber
One or more licenses for this book have been acquired by your organisation details

#1 Ilse Pröhl, a student in Munich, was attracted to the man who would become her husband, Rudolf Hess. She was initially struck by his gaunt appearance, as he wore a tattered uniform that belonged to the notorious von Epp Freikorps regiment.

#2 Hess was a decorated veteran who had been wounded twice. He had wanted to go to university, but his father wanted him to enter the family business. When the war began, Hess was free to pursue a degree in history and economics. He and Ilse began spending time together. Hess had no interest in sex, and their relationship lacked a physical dimension.

#3 Hitler and Hess’s shared response to Hitler is what forged an unbreakable bond between them. Ilse and Hess were granted the privilege of being around Hitler during his downtime, and they spent much of their free time working for the Nazi movement.

#4 Hitler needed experienced men like Buch to transform the undisciplined mob of street fighters into an effective paramilitary force. He took charge of the 275 SA men in Nuremberg, and began preparing them for action.