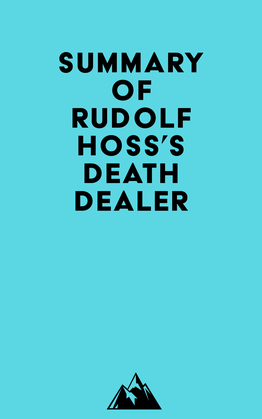 #1 Eichmann told me about the killings using engine exhaust gas in the gas vans, and how they had been used in the East until now. He wanted to find a gas that was easy to produce and one that would require no special installations. He returned to Berlin to report to Himmler.

#2 The killing of the Russian POWs was continued, but no longer in Block 11 because it took at least two days to air out the building. The morgue of the crematory was used to gas the Russians. The destruction of the Jews began in September 1941 or January 1942.

#3 Eichmann brought an order from Himmler that specified that the gold teeth were to be pulled from the bodies, and the hair was to be cut from the dead women. This work was done by a special group of Jews. The sick who could not be brought to the gassing rooms were simply killed with small- caliber weapons.

#4 Eichmann had a standing order to find and eliminate all mass graves in the Eastern Sector. He was working under a disguise called 1005, which was actually a unit of Jews who were shot after completing their jobs. The gas supply was not enough to kill, so the Jews were used in the arms factories outside the camp.