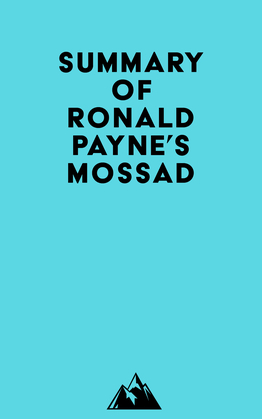 #2 The CIA may have more technical resources, but no intelligence service is more feared than Mossad. The popular view of its activities in the outside world is of an efficient, cunning and dreadnought secret service.

#3 Mossad, the Israeli secret service, has been in operation for more than 60 years. It has carried out many missions, from capturing Nazi war criminals to helping win wars. It has also irritated European governments and the US administration by flouting the accepted rules of international behavior.

#4 The reputation of Israeli intelligence was once legendary. But as the country’s focus shifted from the Egyptians to the Palestinians and terrorism, some elements turned to counter-terrorism in order to combat enemies at home and abroad.