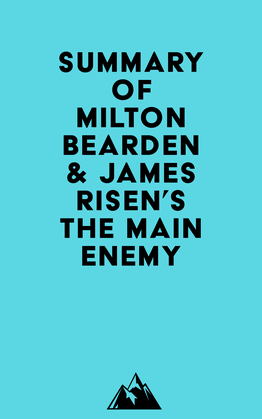 #1 Burton Gerber was the man in charge of the operation. He was a deeply spiritual man, and he lit a candle for each Russian agent that was arrested by the KGB. He had come home from serving as station chief in Moscow three years earlier, so he understood the dangers of operating inside the Soviet bloc better than most at CIA headquarters.

#2 The CIA’s Internal Operations course was the most rigorous training program the agency had to offer. It was restricted to a handpicked elite—case officers slated for assignments in Moscow, Warsaw, Prague, and other capital cities in the Soviet empire.

#3 The FBI always had a lesson in store for its trainees. They would go out on what they thought was an ordinary operation, and suddenly be arrested by FBI agents who were totally convincing in making it seem as though the bust had nothing to do with the IO course.

#4 Gerber knew that the failure of the operation meant that Stombaugh had been arrested, and a consular officer had been dispatched to secure his release from the KGB’s Lubyanka Center. He made a few quick calls back to headquarters to make sure that Clair George, Deputy Director for Operations, and others on the seventh floor knew what was going on.