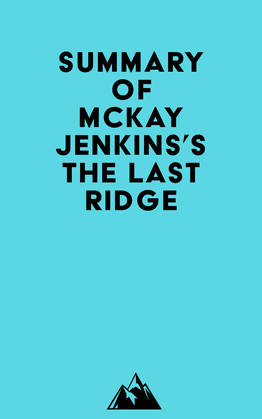 #1 The Allied campaign in Italy had been a drain on Hitler’s army, a third front. The final German defensive barrier, the Gothic Line, had been unbreakable by the Allies.

#2 By late 1944, the American Fifth Army had broken through the Gothic Line and was making its way north along the Adriatic. The Germans were beginning to retreat, but they were taking the last ridge back with them.

#3 The one remaining keystone in the Apennines was the heavily fortified Mount Belvedere, which was the southwestern butt of a four-mile ridge that also included Mount Gorgolesco and Mount della Torraccia. Belvedere was the key.

# The ridgeline between Mount Belvedere and Rocca Corneta was protected by the 1044th Grenadier Regiment and the 232nd Fusilier Battalion, which were reinforced by hundreds of soldiers from Fanano and Sestola. The flanks were locked up in ice and snow by the coldest winter in recent memory.