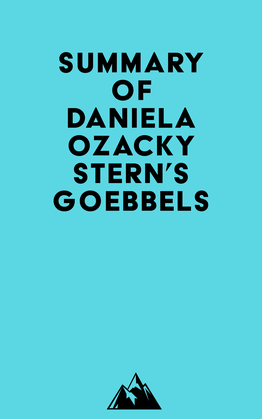 #1 On July 25, 1944, five days after the failed attempt on his life at the Wolf’s Lair, Hitler announced a new position in the German government: Reich Plenipotentiary for Total War. He appointed Goebbels to the role.

#2 Goebbels was a man of culture and an intellectual, but he also acted evilly and cruelly. He was a cynical opportunist who was willing to sell his propagandist talents to the highest bidder.

#4 Goebbels was a loner who was filled with hate and contempt for the people around him. He loved the idea that one day he would rise over them and control them. He was interested in German literature and romanticism.