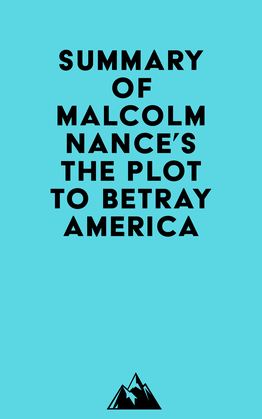 Summary of Malcolm Nance's The Plot to Betray America

#1 On July 27, 2016, Trump publicly asked Russia to hack his opponent’s emails and release them to the press. He knew this would help him win the election. With the narcissistic intensity that passes for a soul, he revealed to the world that whatever it takes would not just be a mantra but the modus operandi for his team.

#2 After Trump betrayed his country, he enjoyed the attention. He had just launched the greatest controversy in American political history: Hillary Clinton’s private emails. If the media could get that, they would be ecstatic.

#3 Trump publicly stated that he would lift sanctions against Russia if they helped him win the election. This was a signal of a quid pro quo: something given for something given in return. In return, Moscow only wanted one thing: to lift the crippling economic sanctions imposed by Barack Obama and Hillary Clinton for Russia’s invasion of Ukraine and the seizure of Crimea.

#4 While the counterspies were dumbfounded, the world wondered if Trump’s appeal to Russia technically amounted to treason. While the definition of treason is strictly defined as levying war against the United States, many argue that it is an archaic word that harks back to the days of the Cold War.