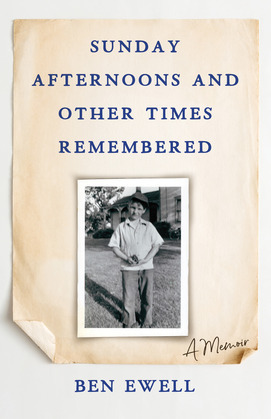 Sunday Afternoons and Other Times Remembered

On the afternoon of Easter Sunday, 1992, Ben Ewell’s brother, sister-in-law, and niece were all murdered. While trying to make sense of this staggering tragedy, Ben can’t help but think back through his life: the hard work and the many peaceful Sunday afternoons growing up on his family farm in Ohio in a house without a bathroom or running water; his high school antics in the 1950s; his time in Haight-Ashbury while attending law school in 1960s San Francisco; and the highs and lows, both personal and professional, of life after school. Threaded throughout these reminiscences, Ben reveals the details of the investigation of his family members’ murders—and the arrest and trial of the parties involved.

In this decades-long saga, there is marriage and divorce, love and loss, family and friendship; there are political campaigns and business ventures, some failed and some fruitful. Ultimately, this is a story of perseverance in the face of tragedy, of creating opportunities out of problems, and of appreciating the gift of life and the world around us—with some humor along the way.