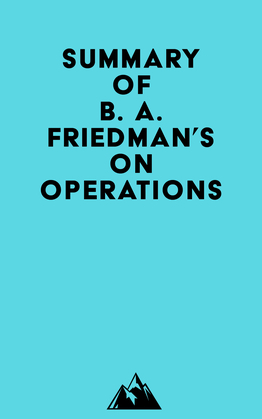 Summary of B. A. Friedman's On Operations

#1 The Napoleonic Revolution was the result of a number of developments, military and nonmilitary, that all occurred at the same time. Napoleon was responsible for almost none of these developments. Yet he was the best general of all time.

#2 The Napoleonic Revolution was not strictly about technology, but it was about the rational integration of technology with systematic planning and professionalized armies. This ushered in modern warfare, and operational art as the domain of the staff officer.

#3 The Enlightenment, which was a period of growth and development in Europe, also affected warfare. It led to the belief that war would become extinct since it would disrupt commerce and trade. Instead, economic policies became a servant of war.

#4 The Enlightenment changed militaries, and it was this change that led to the French Revolution. The French Royal Army began to standardize its corps, brigades, and battalions, and its officers were not contractors doing a job for anyone who would pay them. They were servants of the state who were guaranteed a career.