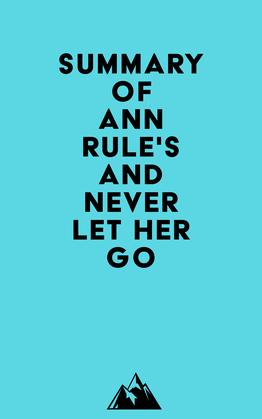 Summary of Ann Rule's And Never Let Her Go

#1 Wilmington, Delaware, is a small state with only three counties. It is a melting pot of cultures and origins, and it has a motto that can be translated as Welcome to Wilmington, a place to be somebody.

#2 Wilmington is located between Philadelphia and Baltimore, and has a population of just under seventy thousand people. It looks like a major city, but it has a large amount of Irish and Italian ethnicity.

#3 Wilmington is a city that has seen many changes over the years, and it is still changing today. The Irish and Italians contributed greatly to the abundant traditions that make Wilmington such a lively city.

#4 The Faheys were a family of five children, with the youngest being Anne Marie. In 1974, their mother, Kathleen, was diagnosed with lung cancer. She was just in her early forties, and she still had five children at home to raise.