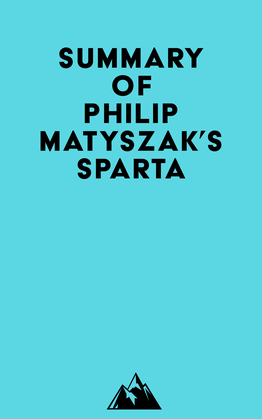 by   Everest Media (Author)
Buy for $3.99 Excerpt
Nonfiction History Ancient Greece
warning_amber
One or more licenses for this book have been acquired by your organisation details

#1 The city-state of Sparta was known for its powerful military, but was actually very small in size. It was noted by the Greeks that Sparta was unremarkable.

#2 The geography of the Peloponnese had a profound effect on the history and psychology of the Spartans. The dew-claw of this dragon-like peninsula is the Argolid peninsula in the north-east, and above it lies the land of Achaea and Corinth. The Spartans controlled an empire that stretched 49 miles east to west and 35 miles north to south.

#4 The first settlers in the Peloponnese were huntergatherers who came through the narrow Isthmus of Corinth and formed isolated communities in the sheltered valleys between mountain ranges. The first agricultural settlements were created around 8,000 years ago.