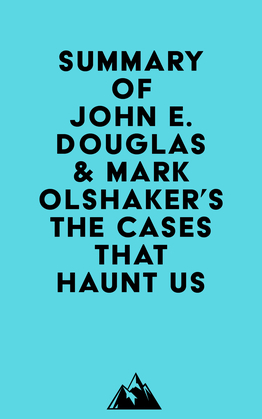 Summary of John E. Douglas & Mark Olshaker's The Cases That Haunt Us

#1 The Jack the Ripper murders, which took place in London in 1888, were the first serial killings to shock the public. They were also the first crimes to be concentrated in a small geographic area and directed at a specific type of preferred victim.

#2 The Jack the Ripper case, which was the first time I had ever worked on a criminal case, was a two-hour television program set to be broadcast live from Los Angeles in October 1988. I was invited to participate in the program, and I constructed a profile of the killer.

#4 The East End of London was a strange, distant, and fearful place for those who lived elsewhere within the metropolis. It was dominated by poor cockneys, and it was increasingly populated by immigrants straight off the docks.