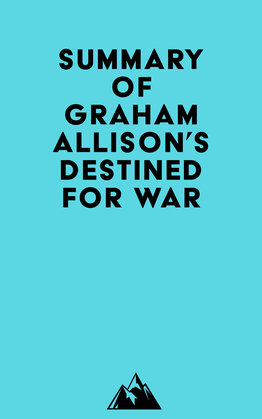 #1 I went to see America’s most successful modern general, David Petraeus, who had become director of the Central Intelligence Agency in 2011. I asked him whether the old hands at the Agency had begun opening for him some of the secret jewel boxes — the files containing the deepest, most classified secrets of the US government.

#2 Lee Kuan Yew was the founder and long-serving leader of Singapore, which he transformed from a small, poor fishing village into a modern megalopolis. He was one of the first to see China’s true nature and its full potential.

#3 China has grown into the world’s second-largest economy in just over thirty years, surpassing America’s growth rate between 1860 and 1913.

#4 The American pivot to Asia was difficult to find in terms of attention span of the president, time spent at National Security Council principals’ and deputies’ meetings, face time with leaders of the region, sorties flown, and dollars allocated.