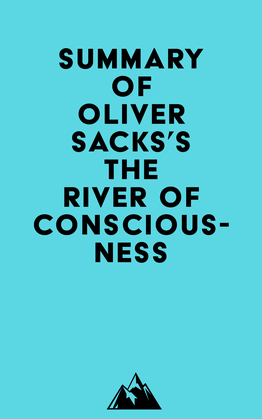 Summary of Oliver Sacks's The River of Consciousness

#1 Charles Darwin was a botanist, and he grew up in a family that had a special, tender feeling for plants. He grew up in a house with extensive gardens filled not only with flowers but with a variety of apple trees crossbred for increased vigor.

#2 Darwin was not a botanist, but he was preeminently an investigator who was concerned with the how and why of plant structure and behavior. He was not a mere avocation or hobby for him, as it was for so many in the Victorian age.

#3 Darwin’s theory of evolution was based on the idea that flowers were self-fertilized, but he began to question this theory when he found that the ratio of pins to thrums was exactly one to one in primrose flowers. He suspected that these flowers were in the process of becoming female flowers.

#4 Darwin’s book, The Different Forms of Flowers on Plants of the Same Species, was about the different styles of flowers and how they were adapted for outbreeding. He concluded that heterostyly, in which plants have styles of different length, was a special device that had evolved to facilitate outbreeding.