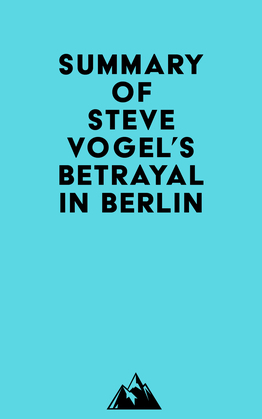 #1 Black Friday was the name given to the American loss of intelligence on the Soviet Union in 1948, when the Soviets began changing their cryptographic systems. It was the worst intelligence loss in American history.

#2 The CIA was still trying to figure out how to spy on the Soviet Union, as they had no agents inside the country. They began parachuting Russians who had fled the USSR back into the country, but almost all of them were arrested.

#3 The Berlin tunnel was born out of this fear. The CIA had been given the task of centralizing and coordinating American intelligence, but its true mission was to get early warning of a Soviet attack.

#4 Rowlett was one of the top codebreakers in American history, and he was extremely frustrated by the loss of Soviet radio traffic. He had played a key role in designing the cipher machine SIGABA, which had saved thousands of American lives during World War II by protecting military communications.