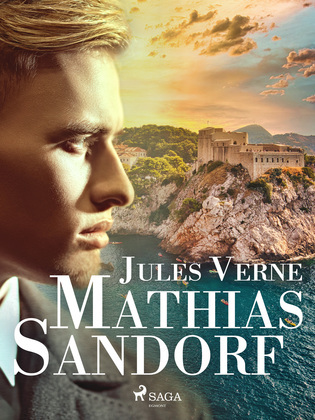 by Jules Verne (Author), W. G. Hanna (Translator)
Buy for $2.99 Excerpt
Fiction Classics Mystery & detective Traditional British
warning_amber
One or more licenses for this book have been acquired by your organisation details

An homage to Dumas’ ‘The Count of Monte Cristo,’ ‘Mathias Sandorf’ is an action-packed adventure story, complete with coded messages, secret identities, island adventure, and a mysterious villain hellbent on revenge.

It kicks off with a pair of petty criminals, Zirone and Sarcany, unwittingly uncovering a plan to free Hungary from the grip of the Hasburg empire. Packed with detail about the Mediterranean locations our less-than-scrupulous heroes visit, ‘Mathias Sandorf’ is a fitting tribute to one of Verne’s literary heroes.

Jules Verne (1828-1905) was a French novelist who became known as the ‘Father of Science Fiction.’ He wrote more than 60 novels, including ‘Journey to the Center of the Earth’ (1864), ‘Twenty Thousand Leagues Under the Sea’ (1870) which was also released as a film, starring James Mason, and ‘Around the World in Eighty Days’ (1873), which has been released as a TV drama, featuring former Dr Who star, David Tennant.