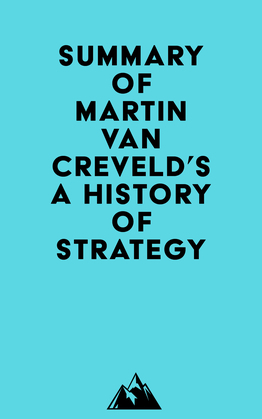 Summary of Martin van Creveld's A History of Strategy

#1 The first known writings on the subject of war were narratives, poems that had been put down such as the Epic of Gilgamesh and the Homeric poems. They were intended to record and glorify events that may or may not have taken place.

#2 The Chinese viewed war as both a necessary evil and a temporary departure from cosmic harmony. By definition, dao can only be restored by dao. The side with the greatest Virtue would win the war.

#3 The military virtue of an army is strict discipline. The best-disciplined army is so flawless that it requires neither rewards nor punishments. It will follow its commander of its own accord.