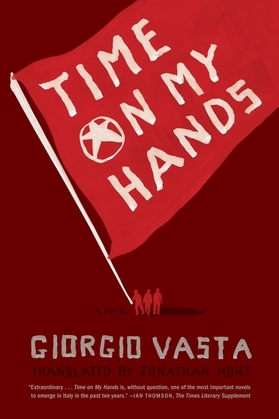 Time on My Hands

When does a game stop being a game? And what would cause a young boy to commit an act of savage violence? In Time on My Hands by Giorgio Vasta, the year is 1978, and a chilling drama is unfolding in Rome. Members of a leftist terrorist group known as the Red Brigades have kidnapped the former Italian prime minister, Aldo Moro, and are holding him in a secret prison, while broadcasting their demands to the public.
Far from Rome, in Palermo, Sicily, a trio of eleven-year-old schoolboys are following Moro's abduction with intense interest. To their minds, the terrorists are warriors, striking a blow at the stifling conformity and propriety of everyday Italian life. Just like the Red Brigades, the boys give themselves code names: Nimbus, Radius, and Flight. They shave their heads, develop a secret language, and begin a life of escalating crime in worshipful imitation of their heroes. But when Moro's body is discovered in the trunk of a car, riddled with bullets, and as the stakes of the friends' games grow higher, Nimbus, the most innocent of the three, must decide just how far he is willing to go.