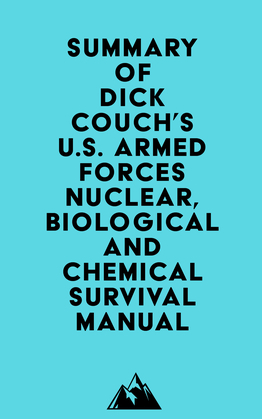 #1 Until the last decade of the last century, most Americans thought that terrorism was something that happened abroad. However, the attacks on the World Trade Center and the Pentagon on September 11, 2001, dramatically underscored the depth of animosity that some people have toward the United States.

#2 There are five principal reasons why terrorists resort to using weapons of mass destruction: to kill as many people as possible, to exploit the fear of the population, to negotiate from a position of unsurpassed strength, and to show that the government is unable to fulfill its primary security function.

#3 The threat of terrorists using nuclear, biological, and chemical materials is rising. It is important to try to eliminate the incentive for terrorists to use these weapons, because if the disruptive effects of terrorism can be sharply reduced, America’s adversaries may be deterred from taking their battles to American soil.

#4 The threat of nuclear, biological, and chemical terrorism is real and growing, and it requires that all of us take proactive steps to protect ourselves and our families.