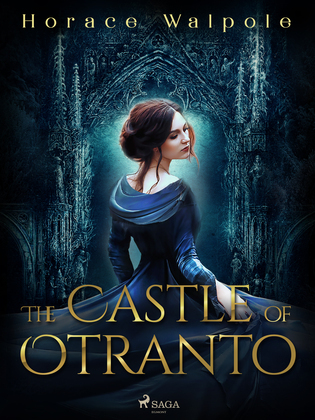 The Castle of Otranto

by Horace Walpole (Author)
Buy for $2.99 Excerpt
Fiction Classics Occult & supernatural Supernatural creatures Ghost
warning_amber
One or more licenses for this book have been acquired by your organisation details

Medievalism, terror, and the ubiquitous haunted castle are staples of the Gothic horror genre. But the man who unwittingly inspired the likes of ´Frankenstein´, ´Dracula´, Hammer horror movies and even the Goth subculture was blissfully unaware of his impact.

Horace Walpole's ´The Castle of Otranto´ started a trend that has endured. The book features Manfred, lord of the castle, and includes sickness, weddings, doom-laden prophesies, a bizarre death, imprisonment, religion, a heroic peasant, and much more.

There is a hint of ´Harry Potter´ and plenty to grip those who love shows like ´The Haunting of Hill House´ and ´Penny Dreadful´.

Horace Walpole (1717-1797) was an English writer, historian, and politician - the son of Britain's first Prime Minister, Sir Robert Walpole. Without knowing it, Walpole was thought by critics to have been the writer who paved the way for the Gothic tradition to burst onto the literary landscape.

His Gothic novel ´The Castle of Otranto´, inspired many others and was followed by classics including Mary Shelley's ´Frankenstein´, Bram Stoker's ´Dracula´ and ´The Turn of the Screw´ by Henry James.