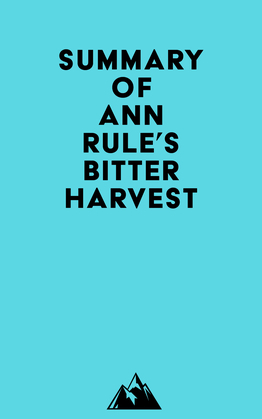 #1 The wind blew constantly that fall in Kansas, but on October 23, 1995, gusts were strong enough to scatter carefully piled mounds of leaves and make lights flicker on and off. Housewives set out candles and flashlights in case of a power outage.

#2 Lissa was saved by her mother, who had been able to escape the fire. She saw a police car screech to a stop in front of the burning house and a policeman running toward them. She begged him to save her brother and sister, but he didn’t listen.

#3 Joan Purdy and Bob Jones were married in 1948, and they had their first daughter, Pamela, in 1949. Their second daughter, Debora, was born in 1951. The marriage was happy enough, despite their youth.

#4 The daughters, Debora and Pam, were both extremely bright, but it was Debora who showed true genius. She was a lazy student, but it didn’t matter; she was so smart she didn’t have to exert herself.