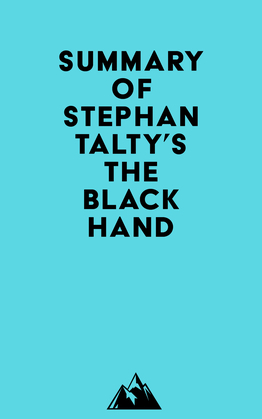 by   Everest Media (Author)
Buy for $2.99 Excerpt
Nonfiction Biography & autobiography
warning_amber
One or more licenses for this book have been acquired by your organisation details

#1 On September 21, 1906, a five-year-old boy named Willie Labarbera was playing in front of his family’s fruit store in New York City. He was kidnapped and never seen again. His family and friends suddenly realized that he had been taken by La Mano Nera, or the Black Hand Society.

#2 The Black Hand was an infamous crime organization that engaged in extortion, assassination, child kidnapping, and bombings. It had become nationally famous two years before with a letter dropped into a mailbox in Brooklyn, at the home of a contractor who’d struck it rich in America.

#3 The Society of the Black Hand was a secret society that targeted the Italian-American community, and they were extremely cruel. They had already taken the family’s only asset in America, their home, and they were demanding that the family sell it to raise the ransom.

#4 In the third week, a tip from an nfame led Petrosino to a man who had heard a curious story from Kenilworth, New Jersey. A woman had been out strolling in a working-class neighborhood when she passed a man carrying a large bundle. Something inside the bundle had emitted a piercing cry.