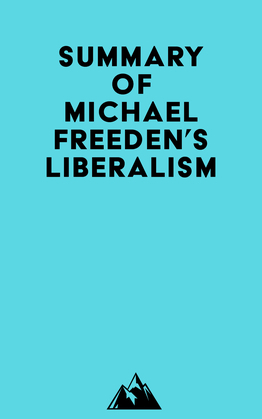 by   Everest Media (Author)
Buy for $2.99 Excerpt
Nonfiction Human science Philosophy Political
warning_amber
One or more licenses for this book have been acquired by your organisation details

#1 There is no single, unambiguous thing called liberalism. All the liberalisms that have existed, and that exist, select certain items from an accumulated and crowded liberal repertoire and leave others out, both because some elements are incompatible with others and because intellectual fashions and practices change.

#2 There is often disagreement over which of liberalism’s features is the most important, and this extends to both liberals and their critics.

#3 There is little evidence that liberalism has been accepted worldwide. Side by side with aspirations to some form of liberal democracy, we encounter religions, forms of radical populism, autocratic states of belief and rule, and many conservative regimes.

#4 There is something about liberalism that many people find very attractive. It is a widely revered set of ideas, and its practices have institutional consequences. However, liberalism is not a single definition that can cover all its varieties.