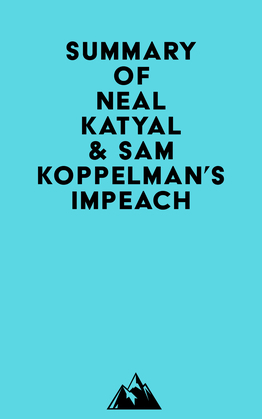 #1 The Declaration of Independence is famous for its opening lines about self-evident truths, about all men being created equal, and about life, liberty, and the pursuit of happiness. But few could tell you what comes next. It is a list of repeated injuries and usurpations caused by King George III.

#3 The House of Representatives would investigate, and if the majority of the body agreed with charging the president, they would send articles of impeachment to the Senate, where the president would be tried. Only if two-thirds of the Senate agreed that a president’s conduct was impeachable would he be removed from office.

#4 The Constitution’s definition of treason was deliberately very narrow, including only levying war against [the United States] or. . adhering to their Enemies. The term bribery was left undefined in the Constitution, but it has been debated ever since what qualifies as an impeachable offense.