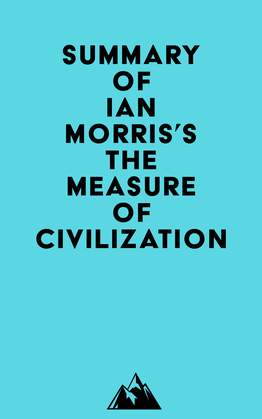 Summary of Ian Morris's The Measure of Civilization

#1 Theories explaining why the West has been so successful long date back to the eighteenth century, when Europeans began to take over the world. These theories vary from saying that the West is the heir to a distinct and superior cultural tradition, to arguing that the West is biologically superior to other humans.

#2 The real question at issue is about social development, which refers to groups’ abilities to master their physical and intellectual environments and get things done in the world. Defenders of the new versions of the eighteenth-century theories argue that Western social development has been higher than that in other parts of the world for hundreds or even thousands of years.

#3 I want to provide critics of Why the West Rules—For Now with the ammunition they need to subject the conclusions I reached in that book to systematic analysis. I also want to make comparative history more explicit and quantitative.

#4 Social development is a measure of communities’ abilities to get things done in the world. It is a bundle of technological, subsistence, organizational, and cultural accomplishments through which people feed, clothe, house, and reproduce themselves.