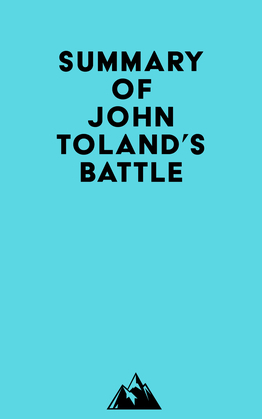 by   Everest Media (Author)
Buy for $2.99 Excerpt
Nonfiction History World War II
warning_amber
One or more licenses for this book have been acquired by your organisation details

#1 The American front was held by six American divisions. The 3,300 citizens of Echternach, a medieval town in Luxembourg, were evacuated behind the hills to the west. The town was being held by a single company of riflemen. At 10:30 p. m. , all but a few of them were asleep.

#2 The front crossed the Our River at 11 p. m. on December 19, and the Golden Lions took over from the 2nd Division. They were the newest American division on any front, and they were excited about their safe deployment.

#3 The three generals were worried that the finger sticking into the Siegfried Line would be a valuable bridgehead when Germany was invaded. They insisted that it could be bitten off, but Jones was also worried about the Losheim Gap, a seven-mile-wide corridor that led from Germany to Belgium.

#4 The 2nd Division, just moved up from the Schnee Eifel salient, was attacking through the 99th Division lines in a narrow two-mile corridor. They were trying to break through and knife north to the Roer Dams.