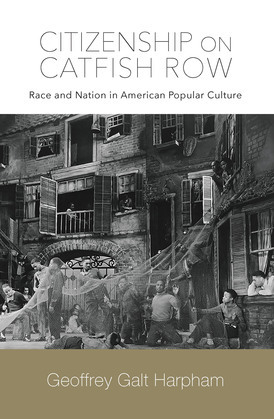 Citizenship on Catfish Row focuses on three seminal works in the history of American culture: the first full-length narrative film, D. W. Griffith's The Birth of a Nation; the first integrated musical, Oscar Hammerstein and Jerome Kern's Showboat; and the first great American opera, George Gershwin's Porgy and Bess. Each of these works sought to make a statement about American identity in the form of a narrative, and each included in that narrative a prominent role for Black people.

Each work included jarring or discordant elements that pointed to a deeper tension between the kind of stories Americans wish to tell about themselves and the historical and social reality of race. Although all three have been widely criticized, their efforts to connect the concepts of nation and race are not only instructive about the history of the American imagination but also provide unexpected resources for contemporary reflection.