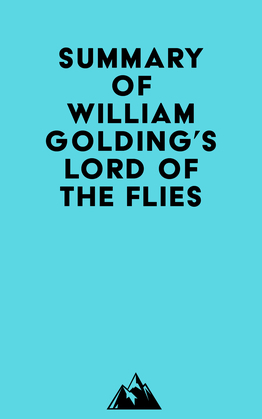 Summary of William Golding's Lord of the Flies

by   Everest Media (Author)
Buy for $2.99 Excerpt
Fiction Classics
warning_amber
One or more licenses for this book have been acquired by your organisation details

#1 The boy with fair hair, Ralph, was clambering heavily among the creepers and broken trunks when a bird, a vision of red and yellow, flashed upwards with a witch-like cry. The undergrowth at the side of the scar was shaken and a multitude of raindrops fell pattering.

#2 The fat boy explained that he had asthma, and that his aunt had told him not to run because of it. He took off his glasses and wiped them against his grubby wind-breaker. He was old enough to have lost the prominent tummy of childhood, but not yet old enough for adolescence to have made him awkward.

#3 The island had a square motif of the landscape, and a great platform of pink granite thrust up through the forest and terrace. There was not enough soil for the palms to grow any taller, so they fell and formed a criss-cross pattern.

#4 Ralph and Piggy were alone on the island. They had to find the others and do something. They may have to stay there until they die.