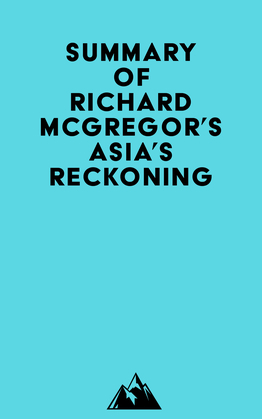 by   Everest Media (Author)
Buy for $3.99 Excerpt
Nonfiction Social science Political science International relations Diplomacy
warning_amber
One or more licenses for this book have been acquired by your organisation details

#1 In August 1971, Henry Kissinger greeted Tokyo’s ambassador to the United States, Nobuhiko Ushiba, in his office in the western White House in San Clemente. The meeting was to mend fences with the Japanese, but all of Kissinger’s frustrations about dealing with Tokyo tumbled out anyway.

#2 The opening to China was a moment of rupture for the United States as well, as it saw its strategic and economic preeminence begin to wither.

#3 The Nixon-Kissinger partnership on China policy was very successful, and they decided to keep it that way by unveiling their plans for the secret trip to Beijing in July 1971.

#4 China and Japan had developed largely in isolation from each other until the late nineteenth century. But when both were forced to open up under economic and military threat from the West in the mid-nineteenth century, Japan was transformed from a feudal society into a modern industrial state able to compete with the West.