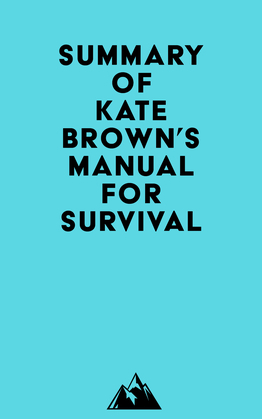 by   Everest Media (Author)
Buy for $2.99 Excerpt
Nonfiction Social science Political science Public affairs & administration
warning_amber
One or more licenses for this book have been acquired by your organisation details

#1 The director of the Clinic for Radiation Medicine in Moscow, Angelina Gus’kova, was the first person to hear about the Chernobyl accident. She treated patients who were nauseous and weak, with reddened skin, and one who was already vomiting. The diagnosis was typical signs of acute radiation sickness.

#2 In the 1950s, the first civilian nuclear power plants started up in the USSR. The director of the radiation medicine clinic at Hospital No. 6, Lyudmila Gus’kova, took over when the deputy minister of health became enraged at the idea of a pamphlet on treating radiation victims.

#3 On April 26, 1986, a Saturday morning, seventeen employees of the Chernobyl Nuclear Power Plant were on shift. In carrying out a routine experiment, they turned off the reactor’s emergency SCRAM system, which was, in any case, too slow to prevent an accident. The reactor’s power surged, and a geyser of radioactive gases into the splendor of the Ukrainian night.

#4 The men suffered from infections, nausea, hair loss, hacking coughs, diarrhea, fevers, and, later, intestinal bleeding. Their lungs filled with fluid. Their raw skin blistered and ulcerated. Their minds began to fail them.