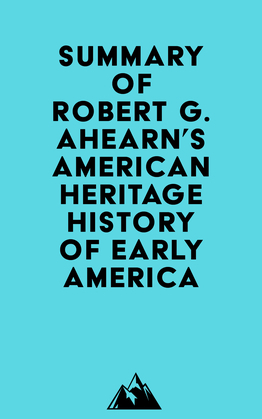 by   Everest Media (Author)
Buy for $2.99 Excerpt
Nonfiction History History by country United States Historical period Colonial period (1600-1775)
warning_amber
One or more licenses for this book have been acquired by your organisation details

#1 On October 12, 1492, three small ships commanded by a Genoese sailor named Christopher Columbus pushed their way westward near a tiny island in the Bahamas. Suddenly, a lookout on the Pinta sighted a shadowy form dead ahead.

#2 As Europe began to emerge from its local isolations, the feudal system was beginning to give way to the modern national state. The city was becoming an important place for trade, and as centers of trade, Europe’s cities were becoming not only powerful independent bastions, but also springboards for further economic venture.

#3 The Crusades, which attempted to free the Holy Land from non-Christians, stirred Europe considerably. Transportation facilities developed rapidly when wars were fought at a distance. The merchant class, made up of ambitious and desirous of finding new sources of goods and new methods of bringing them to market, grew rapidly.

#4 The upsurge in commercial life had many ramifications. Men were eager to learn more about other parts of the world, and the resulting intellectual activity sparked a renaissance in European cultural life.