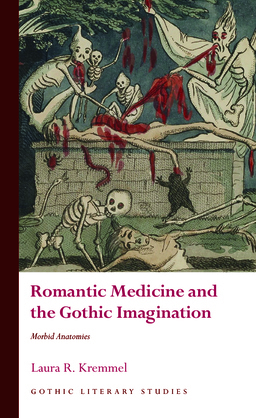 Romantic Medicine and the Gothic Imagination

This book debates a crossover between the Gothic and the medical imagination in the Romantic period. It explores the gore and uncertainty typical of medical experimentation, and expands the possibilities of medical theories in a speculative space by a focus on Gothic novels, short stories, poetry, drama and chapbooks. By comparing the Gothic’s collection of unsavoury tropes to morbid anatomy’s collection of diseased organs, the author argues that the Gothic’s prioritisation of fear and gore gives it access to nonnormative bodies, reallocating medical and narrative agency to bodies considered otherwise powerless. Each chapter pairs a trope with a critical medical debate, granting silenced bodies power over their own narratives: the reanimated corpse confronts fears about vitalism; the skeleton exposes fears about pain; the unreliable corpse feeds on fears of dissection; the devil redirects fears about disability; the dangerous narrative manipulates fears of contagion and vaccination.