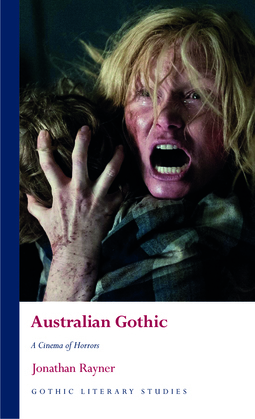 A Cinema of Horrors
by Jonathan Rayner (Author)
Buy for $107.91 Excerpt
Nonfiction Literary essays Arts Film & video History & criticism
warning_amber
One or more licenses for this book have been acquired by your organisation details

The term ‘Gothic’ has been applied to examples of Australian cinema since the 1970s, often in arbitrary and divergent ways. This book examines a wide range of Australian films to trace their Gothic resemblances, characteristics and meanings. Concentrating on the occurrence of Gothic motifs, characters, landscapes and narratives, it argues for the recognition and relevance of a coherent Gothic heritage in Australian film. Considering a plethora of Gothic representatives in relation to four consistent and illuminating continuities (images of the family, ideas of monstrosity, generic hybridity and the occurrence of the sublime), this study investigates the appearance and asserts the significance of Australian Gothic films within their national, cultural, literary and cinematic traditions.