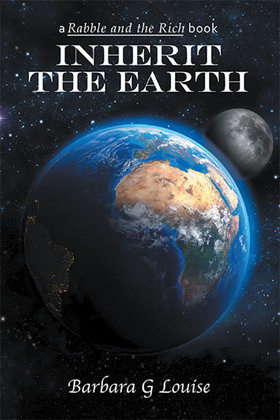 by Barbara G Louise (Author)
Buy for $0.99 Excerpt
Fiction Science fiction
warning_amber
One or more licenses for this book have been acquired by your organisation details

In an obscure corner of the multiverse, on an alternate-Earth, in the mid-21st century, the right to vote of millions of Working Class Americans has recently been destroyed, freeing the Ruling Class — with the power their money gives them — to dictate the shape of national government. The Rich are afraid that without the vote the worst of the Rabble will revolt, destroying Elitist civilization. So the Rulers prepare to have protestors shot in the streets.
Learning to share, Working Class people organize themselves to grow free-food for the Poor and the homeless; they create Tent Neighborhoods in public parks for those running from sea-coasts devastated by melting glaciers; and create the Anarkhist Army of the Appendix to aid ordinary people in the Revolution they know is coming, as the Rich use violence to keep their money and their social power.
Soon after the COVID pandemic has worn itself out — with variants killing elderly people, small children, and those who refuse to believe in science — a special, secret committee in the US Senate — in order to get rid of worthless, excess, unemployed Workers — releases mutated, antiviral-resistant Smallpox on a nation which is completely unvaccinated for that devastating disease, since vaccinations ended in 1972 after the disease was eradicated in the USA.
Totally unsupported by a government dedicated only to protecting and enabling the Rich Elites, ordinary working-Americans — desperately seeking to control their own lives, their ailing planet, and their civilization — struggle onward toward a effective anti-Capitalist Revolution.
“Those who make peaceful revolution impossible will make violent revolution inevitable.”
~ John Fitzgerald Kennedy