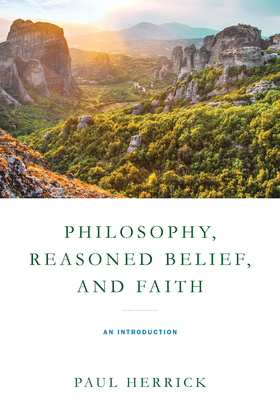 An Introduction
by Paul Herrick (Author)
Buy for $35.99 Excerpt
Nonfiction Human science Philosophy Epistemology Ethics & moral philosophy History & surveys Religious Religion
warning_amber
One or more licenses for this book have been acquired by your organisation details

This clear, readable introduction to philosophy presents a traditional theistic view of the existence of God.

There are many fine introductions to philosophy, but few are written for students of faith by a teacher who is sensitive to the intellectual challenges they face studying in an environment that is often hostile to religious belief. Many introductory texts present short, easy-to-refute synopses of the traditional arguments for God’s existence, the soul, free will, and objective moral value rooted in God’s nature, usually followed by strong objections stated as if they are the last word. This formula may make philosophy easier to digest, but it gives many students the impression that there are no longer any good reasons to accept the beliefs just mentioned.

Philosophy, Reasoned Belief, and Faith is written for philosophy instructors who want their students to take a deeper look at the classic theistic arguments and who believe that many traditional views can be rigorously defended against the strongest objections. The book is divided into four sections, focusing on philosophy of religion, an introduction to epistemology, philosophy of the human person, and philosophical ethics. The text challenges naturalism, the predominant outlook in the academic world today, while postmodernist relativism and skepticism are also examined and rejected. Students of faith—and students without faith—will deepen their worldviews by thoughtfully examining the philosophical arguments that are presented in this book. Philosophy, Reasoned Belief, and Faith will appeal to Christian teachers, analytic theists, home educators, and general readers interested in the classic arguments supporting a theistic worldview.